The making of Vinyl Records

newcomers in the world of analogue sound reproduction often ask themselves the question of how the production of a vinyl record works or is called. clearly, a legitimate question that we like to clarify!

Depending on quantities vinyl records are produced by:

If it is a single-piece record (vinyl dubplate), it will be cut in real time using a cutting machine. The cutting head of the machine cuts the audio information via the cutting stylus directly into the vinyl blank (a smooth pvc disc). Manufacturing takes exactly as long as the entire playing length of the finished plate! After that, the record is ready to play and unique.

An edition of 10 to about 50 pieces of a vinyl album / mixtape / etc. is also done by direct real-time cutting in vinyl blanks. See Dr. Dub's short run Bundles.

What happens if a larger number of a vinyl record is needed (for example 300)? A preparation by cutting into a vinyl blank after another would take 300x the same time? The solution: a vinyl pressing.

The audio information is cut on an aluminum disc which is coated with an acetate lacquer layer in real time with a cutting lathe. All later made vinyl are identical copies of this "Master Disc"!
Here you can find prices and information about Dr.Dub's lacquer masters.

The lacquer master is being sprayed with a layer of Silver Nitrad and then gets placed in a special electric bath. By the addition of nickel and electric current which flows through the pool, the nickel deposits on the silver of the lacquer master. After some hours this new negative layer is ready for pulling off, the result is a "mirror image" of the Master Disk, called "Stamper" or "Father" which is necesarry for the next step. After this process the lacquer master is defective / useless. (Sometimes a "mother" / positive is being formed again from the first "father" which gets engraved and archived to be able to produce additional stampers after several years).

A stamper serves to press 500-1000 pieces of vinyl until it's worn out. In mechanical / hydraulic press machines, a stamper for each side of the vinyl (A+B) is being clamped into the pressing machine (top and bottom). Vinyl granules are placed in the form of a puck (also called vinyl-cake) with the labels in the middle between the two stampers and pressed together with high temperature and force. Overlapping material gets turned off and the vinyl is ready for cooling. In a few minutes, a large number of vinyl copies can be produced.

Galvanization and pressing of your vinyl pressings at Dr.Dub is carried out by selected partner pressing plants in Germany. 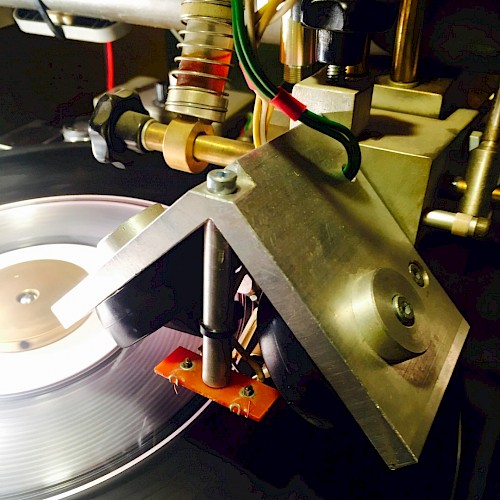 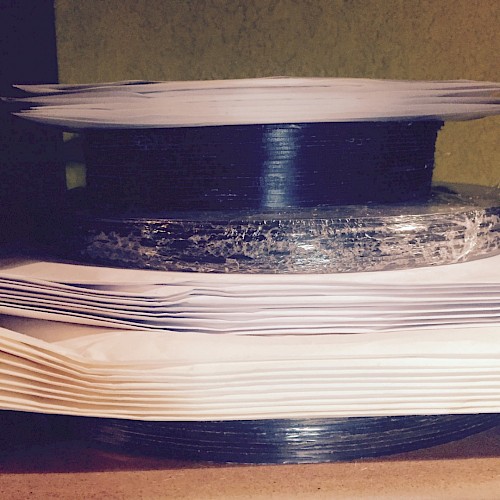 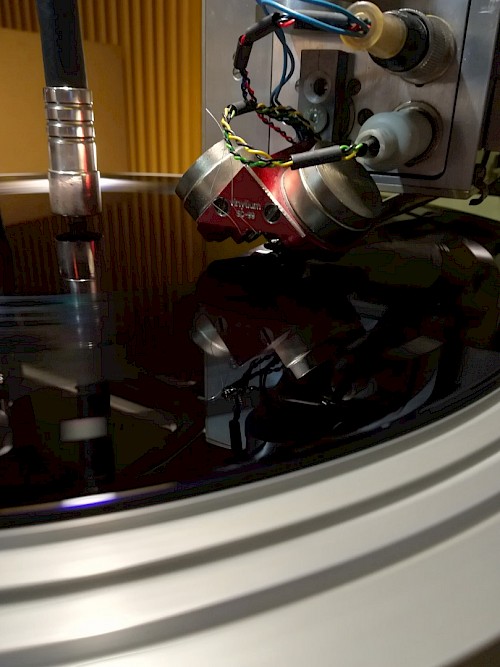 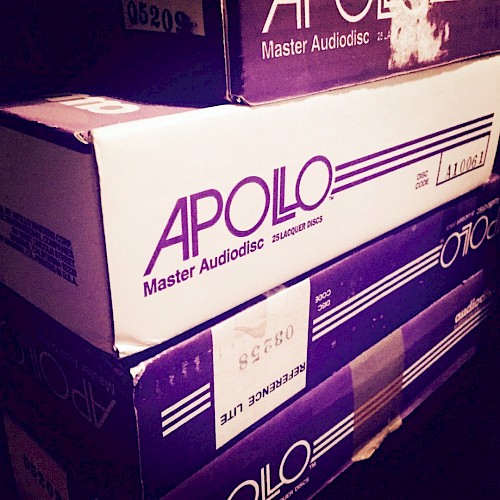